I’m being interviewed on Critical Mass Radio tonight, at 21:15 GMT.

Click on to www.criticalmassradio.co.uk to check out Paul Giovannis show.

This is more of a message of recommendation to any bands or solo artists.

I’ve been using Deuce Radio Promotions since I first went solo, and they have helped me a bunch. They’ve got me on radio shows all over the UK, US, Australia, Canada and Europe.

Rob, the owner has messaged me to say that they’re opening up their promotions to more artists.

If you want to get your band, or yourself promoted across the Globe, email rob@deucemp.com. Don’t forget to quote my name so he knows I’m a lovely bloke. 😉

I have been confirmed as the headline act on the Thursday of V Dub Fest on the Isle of Wight.

The festival is on August 15th to 19th and features artists such as The Cuban Brothers & The Neville Staple Band.

I’ll be headlining on Thursday the 15th.

For more information, and tickets, check out v-dubisland.com.

This summer is starting to look good! x

Here is a Dubstep Remix of Remember Who You Are, done by Italian mix magicians, Greenlab Vs Squareknot.

Hope you all had a wicked holiday period, and the boredom of ‘real life’ hasn’t got you all too down.

My 2013 has, up until today, consisted of nothing more than detoxing and hitting the gym. It’s very easy in this line of ‘work’ to fall into a junk food and booze lifestyle. I’m starting the year by kicking both of them to the kerb. No booze for 8 days, and no unhealthy food either.

I’d like to say I feel better for it, but insomnia, and toothache have put pay to any feelings of healthiness I may have expected.

Anyway, today was the first music related thing I did. I had to travel to Manchester to meet a music journalist and lay myself bare. I always worry about interviews, as often, the piece has already been written prior to meeting. They then fit the words around their preconception. Sometimes good, sometimes bad.

This chap seemed like a very nice bloke, so my weariness seemed unfounded. But, when you’ve been burned and all that! The amount of times I’ve picked up papers, or looked at online fanzines and thought, I never fucking said that!!!

Like I said though, nice bloke this time. Phew!

I have a really busy year, with plenty of tours and live appearances. We’re just waiting for a lot of confirmations, and the gig page will fill up accordingly.

Bizarrely, I’m also playing a large supporting role in a film, due to be shot this year. In fact, the America based part of the film may even be being filmed already. I’m not sure. I’m an ‘orrible English bastard in it anyway. Looking forward to breaking my acting teeth.

Hope you all had a lovely Christmas. Not because of it’s religious connotations, but because it’s just nice to be friendly to each other.

It’s sad we need a specific day to be ‘merry’, but I hope you all enjoyed it none the less.

Tonight is New Years Eve, and while I don’t buy in to the night as much as I used to, it is a chance for rebirth.

My rebirth is coming in the form of a healthier mind, and a healthier body. Hence why, on Tonights agenda, are home made burgers, and a barrel of booze. One last night of debauchery before the resolution comes into play.

I wish you all a fabulous night, and an awesome New Year. After all, you’re all in control of your own destiny, and only YOU can make the New Year happy, for yourself and for others.

Do whatever you desire, as long as it’s not at the expense of others, and you’ll be on the right track.

I’ll be touring across the globe next year, so hopefully I’ll bump into you, and we’ll knock the froth off a few.

As a good will gesture, here is a picture of a moose smiling. 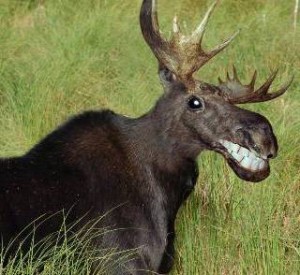 The single, ‘What’s love without meaning?’ is available now.

The record contains the single, and two exclusive b sides, recorded in Butterfly Studios, Manchester.

The b sides include an acoustic version of Remember Who You Are, and a live performance of a new track, Elephants Don’t Eat Seeds.

You can buy the record on CD, by clicking here.

Here is the video. Enjoy.

Here is the music video for the new single, What’s Love Without Meaning?

It was shot on a rainy afternoon in Manchester. I hope you enjoy it!

The single is available on CD on Monday (December 17th) from Eromenos Media.

The single is available for download from Amazon, itunes etc, on Friday 21st December.

Both formats contain two B sides. An acoustic version of Remember Who You Are and a brand new live acoustic track called Elephants Don’t Eat Seeds.

I was bored this evening, so I decided to record a new tune on my phone.

It’s very rough. But here you are…

I’m off to Manchester on Sunday to record a couple of live, acoustic B sides for the ‘What’s love without meaning?‘ single.

I know I’m going to record a chilled out version of ‘Remember who you are‘, but I’m unsure what other track to record.

I have a few new tunes that would suit acoustic really nicely. I may just have to flip a coin.

The single is available on the 17th December.

The music video for the track will be up in the next few days. I hope you’ll like.

I’ve been working on new tracks for my third album recently. Obviously I’m not even thinking about recording it, as the second album has just come out, and next year is earmarked to tour the album Worldwide.

My label have had contact from across Europe, Australia and Canada about tours next year, so that’s very exciting. It only seems like yesterday that I was on the phone, begging for support slots. I must admit, I don’t miss doing that!

The new tracks I’ve been working on are very mellow. In fact, they’d probably give Nick Drake a run for his money, on the depressing scale! But fear not, I tend to write a bunch of tunes that reflect my mood, so when I’m happy, I’ll write another load, and make a nicely balanced album.

What is funny for me, is ‘A Brand New Battle‘ was recorded, in my mind, as my final album. I was then going to go away and do something else. I even thought about politics. Christ knows Westminster needs someone with some morality among it’s ranks. Mind you, I’m not sure my temper could cope with the other bastards!

Since I recorded the record, I’ve signed a deal with Eromenos, performed at Wembley Arena, and am now off on a World tour next year. I guess this musician stuff ain’t all that bad after all.

Have a lovely weekend. I’m off to an opening party of Revolution de Cuba tonight. Don’t worry, it’s a bar. Me, Che, and Fidel aren’t planning anything.