On Tuesday I was lucky enough to be involved in a Concert for Gaza in Liverpool.

The show at East Village Arts Centre raised over £3,500 for aid for Gaza. 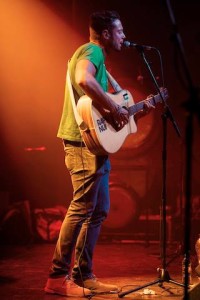 Incredible amounts of funding is needed to rebuild infrastructure, but every penny counts.

Hopefully I will be asked to perform at various events for Gaza in the coming weeks, and months.

Just got back to Glasgow. Shattered. I am a broken man, but a happy one. I have a coldsore, red eyes, and a sunburned face. I think Vogue might want me for the cover this month…

The Islands were as beautiful and amazing as always. I genuinely feel blessed to be able to visit these places, and get paid for it. Truly blessed.

It’s a hard slog but the plus points are off the scale.

This year we played in Ardfern, Raasay, Skye, Tiree Music Festival, Islay, Jura, and tomorrow, we are down in the borders for the Wickerman Festival.

The biggest killer was last Saturday. Up at 7am, drive 4 hours to Raasay and gig, then back to Skye to play another show. Off stage at 1:30 am, an hours kip, up again at 2:30 am, and then a 4 hour drive to Oban to get the 8am boat to Tiree, where we played that night. Knackered.

However, I did get to share a bill with my hero, which was an incredible honour. He just happened to be a top fella too. 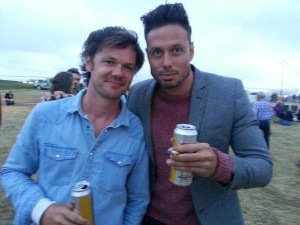 I look off my head, but I swear it was tiredness. I was a bit star struck as well to be fair.

One random thing was that both Tiree, and Wickerman, booked myself an Jono, as one act. We tour together but we perform separately, but they didn’t realise that. It worked quite well as we like each others tunes so it was nice to learn each others and play together. We will do the same at Wickerman tomorrow. It keeps life interesting!

I’m off up to Scotland on Tuesday, and will be playing the first date of this years tour, on Friday night.

Me and Jono have been touring together for years now, but last year we embarked on our first Scottish island tour. It was so successful, that we are doing it all over again this year.

Here are the dates…

I can’t wait to get back on the road, and where better than the most lovely hospitable people I have ever met?

Oh, and the finest single malts known to man…

I am playing a free festival on Saturday, in Oxfordshire called Pedstock.

Check out their site here pedstock.co.uk. 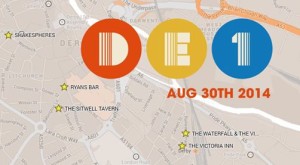 We have been announced as part of the DE1 Festival in Derby.  The festival takes over five music venues in the city centre, and we have been named on the bill at The Victoria.

Really excited to be part of the festival.

I have three shows at this years Isle of Wight Festival. I’ll be playing Thursday, Saturday, and Sunday.

If you are free, and there is no one else on that you love, come have a beer/cocktail/plastic glass of champagne.

I am playing a set at ValeFest in Birmingham Tomorrow. I’m on stage around 4pm.

Come say hello, if you are in the area.

I am playing a free show with Aziz Ibrahim and others, this Sunday.

The show is at the Miners Community Arts & Music Centre, in Manchester.

If you are about, come on down. Playing a wee acoustic set at 6:30pm.

Full band rehearsals start on Tuesday. I swear we have had more line ups than Scotland Yard, but hopefully this one will stick.

Our main problems have been travel, with musicians dotted across the Country. This 4 piece is all based in my home town of Derby, so makes far more sense.

Most of my shows this summer are acoustic slots at festivals across England and Scotland, but there is the odd full band show thrown in there.

Our first one is on Saturday 21st June at The Church Inn, in Bury, Lancashire. It’s only a month from now, so we best get a wriggle on!

It’s only a small venue, so will be perfect for a first show. Entry is free so if you are in the area, pop along for a beer and a pack of peanuts.

After the Summer, we’ll be out gigging full band most of the time. I am already talking to friends around Europe, so we should be able to put something together easily enough.

Until then, take it easy.

My contract with Eromeda Entertainment has expired and I have chosen not to renew it, for future releases. There are no hard feelings and the decision to split was not based on arguments or in fighting. It was simply a venture that, after two years, had run its course.

I wish Eromeda and their great stable of current artists nothing but success, and look forward to hearing their future releases.

In the last year or so I have been increasingly frustrated and deflated with the way things were going, and in my mind, without enjoyment, there is no reason to be a musician any longer.

There is a saying in life, that if you keep trying to go through a door, over and over, and it is continuously being slammed in your face, you are probably better off trying another door. That is exactly what I am doing from now on.

The first port of call, is to start enjoying music again. Getting out on the road and playing is something I have missed massively over the last year.

I have put together a band here in Derby and we start rehearsals next week. They are a great bunch of lads and like myself, just want to play live. None of us picked up an instrument to ‘be famous’ or ‘make millions’, in fact, I couldn’t think of anything I would enjoy less.

Just give me a guitar, a microphone, and an audience, and I am as happy as a pig in shit.

So that is the immediate plan.

I have a single being mixed, and as soon as that is mastered, I will be putting a music video together, and will be releasing the single myself.

This summer I have plenty of solo shows including the Isle of Wight Festival, and a tour of Scotland.

I can’t wait to get back out on the road, and get my smile back, before these frown lines become permanent!

Hope to see you on the road soon.