I’m a couple of tracks away from completing the writing of my next record. It’s very different. A lot more chilled out and stripped back than anything else I have done.

I figured that if I don’t take the shackles off at 36, I probably never will. So this album will be more me than anything else, including a mic on the toaster.

Myself and Stephen took a drive up to Glasgow last week to lay down a bridge single with our pal Jono. We had a great time trying lots of different sounds and ideas out. Just waiting on the mixes before getting it mastered and released for you all to have a listen.

I’m heading up to Scotland to record a new single with my man Jono next month. It’ll just be a one off single for now, with plans to get a new album done later in the year.

The single ‘Campfire’ should be available sometime in late February or early March.

I appear to have landed.

Spotify have deemed me worthy of one of those blue tick things. If you want to give me a follow, I’ll be whacking a fair few playlists (when I work out how) onto my profile. The wife makes them on a daily basis, but I’ll try and keep the dodgy R&B to a minimum.

Just wanted to extend a massive Merry Christmas to all of you. Even if you aren’t religious, as I’m not, it’s still lovely to spend quality time with family and friends. Plus no one judges you for drinking single malt at 8am. That’s always a bonus. I hate being judged.

Kody are back, after 13 years in the wilderness (Marriage and kids and stuff), with a new E.P. 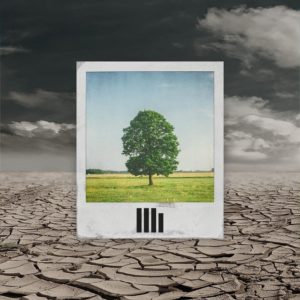 You can pre-order on iTunes now by clicking the link below. Videos coming soon!

For those of you that haven’t known me for a while, I used to be in a punk rock band called Kody, many years ago. We did a fair bit, touring in the UK and America, and releasing a fair few records.

After 13 years the four of us have got back together to record another record.

It’s just starting off as a single and B side, but it was a really good crack, and I confess, I have the bug back.

As soon as the record is mixed and mastered, we will get a video out asap. We have to go under the name ‘We Were Kody’ as someone has already jumped into our named grave.

I have spent the last two Fridays in a young offenders institute just outside Derby. I am lucky enough to be involved in a musical project called ‘Lives and Lyrics’.

The idea of the project is to take stories from different areas of society, and put them into song. Other musicians are with different communities across the County. At the end of the project, we will release an album and tour the songs around the local area.

It has been an eye opening experience, and now I need to put pen to paper and do these kids justice.

I will post updates and samples as they come!

The new record is done and nearly here!

It will be available at all online distributors, and on CD via this website, from Saturday June 18th!

It is also available from my BandCamp page. 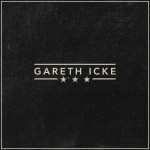 Me and my pal Steve popped into Dubrek Studios in Derby last week, and popped down a live acoustic version of The Island.

Our good mate Jay was behind the controls, and we laid it down for a bit of fun.

If you fancy downloading it, have a check out of the bandcamp page.

Or, have a listen below…

Here is an online offer for both my albums, CD single, and book.