My new show The Banned launches this evening on The Peoples Voice internet channel. 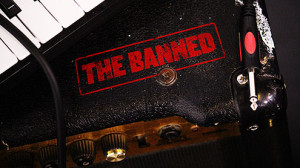 Tune in at 10pm UK time at www.thepeoplesvoice.tv to watch the show.

On Wednesday I’ll be hosting the Global Phone In from 11pm British time.

We’ll be talking about any thing you, the listener wishes to talk about. From sports to current affairs.

This weeks main theme is the paranormal. If you have a ghost in your house, or think it’s all a load of bollocks, we want to hear from you.

On Sunday The Banned airs for the first time, at 9pm UK time. 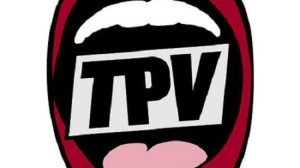 The Peoples Voice is broadcasting for the first time this Sunday.

The station hasn’t yet been launched, but the 5 hour live stream is just a warm up for what is to come.

I’ll be there playing the odd song or two, as well as rehearsing and set building for The Banned.

Richie Allen, presenter of the breakfast show, will be interviewing several cutting edge guests from across the Globe.

I’m just down in London recording some promo videos for my new TV show, the banned. 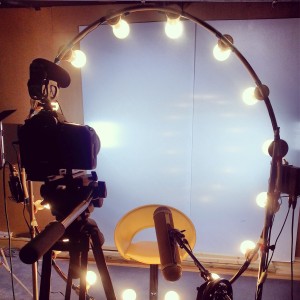 On Wednesday we’re filming the opening titles and need some extras in the London area to come join us.

Importantly we need a single guy to come down and snog the face off an actress. She is the girl that played my love interest in the Remember Who Are video.

I say single because I’m not being responsible for any infidelities!

Here is a wee video made at the Studio today.

My new TV show, The Banned, launches on The Peoples Voice Channel, on Thursday November 21st.

The music and comedy show will allow bands and comedians, that aren’t established in the mainstream, to be heard.

The show is going out live on a Thursday night, and will feature live bands, interviews, stand up comedy, and pretty much anything else that comes along.

It will also allow mainstream artists to come on and voice real opinions, that would be censored on normal television.

I have been given an email address for The Peoples Voice television channel.

I’ll be hosting a music and arts show, on the station, from October/November this year.

The show is called The Banned, and will feature everyone, and everything, as long as it’s good, and interesting. There are no mainstream “You’re too old/fat/outspoken” rules on my show.

To get yourself considered for the show, email gareth@thepeoplesvoice.tv.

What an incredible tour.

It had its ups and downs, but it was a once in a lifetime experience.

We played to some lovely lovely people, in some of the most beautiful places I have ever been.

I went there as an Englishman, and played original material to audiences only used to traditional Gaelic music. I confess, I was nervous about how I’d be received as I had had a couple of problems with racism while trying to book shows.

One venue stated “We have our own musicians thanks” before slamming the phone down on me.

But my fears where completely without foundation, and I can’t wait to get myself back to the Islands again.

Jono is putting together a feature length tour documentary over the next few weeks. I really think you’ll enjoy it.

I have been a die hard fan since I was 8 years old, and it’s an honour to put my personal Derby experiences in part of their campaign.

On Thursday I am off to Manchester to rehearse for the first time, with my Manchester band. I’ve heard amazing things about the lads, so I’m looking forward to getting stuck in to it.

I now have some awesome musicians on the Isle of Wight, and in Manchester. Obviously Guy, Claydon, and Tippers, on the Island, have their own careers, and I can’t expect them to drop that to tour with me regularly.

I’m waiting on lots of tour confirmations that I’m really stoked about. Particularly some Festival dates in the Czech Republic, in September.

On Saturday, I’m off to London to meet with The Peoples Voice TV channel, to discuss my show, The Banned. Touch wood, I should have my team sorted by the end of the day.

The show is going to be amazing. It’ll be going out prime time in the UK, then repeated midweek, at a prime time for the USA.

The show will feature anything and everything. Music, Comedians, Jugglers, I don’t care. If you’re good at something, you’re on the show.

Boundaries are  for pussies.

I am pleased to announce that as of October, I will be the host of a TV show.

The 2 hour, weekly show, will be broadcast on the brand new channel, The Peoples Voice.

Most of the shows will be news based shows coming out of the USA, Britain, Gaza, and all over the Globe.

The mainstream media doesn’t just sensor the ‘facts’ you hear and the news you receive, but also sensors the music you hear, the comedians you watch etc. That’s where I come in.

My show will (probably as it’s a working title) be called ‘The Banned’ and will have zero boundaries. There is no ‘format’ so to speak. I want it to be a show like no other.

I want live bands in the studio, comedians, magicians, chefs, blokes that have climbed mountains, women that have swam seas, I want everything.

I am still very much in the planning stage but I get the feeling that this could be something really special.

I’m going to an important meeting in London at the end of July to start putting my shows team together.

As soon as we have that team, we’ll have official email addresses and stuff that people that contact us on.

If you’re a band or an artist or whatever, you’ll be able to put yourself forward for the show.

There will be zero censorship. If it’s true, you can say it.

Anyone that remembers the G & Tippers Radio Show, will remember I shoved 500 straws up my arse on webcam. I don’t do rules. (I’m aware that sounded like a David Brent comment.)

What I’d love from you guys now, is some ideas of what YOU’D love to see on your television screen. After all, it’s the peoples voice, and we should give the people what they want!