The theme for Thursdays show is ‘Celebrities!’

We want to know who you’ve met? What they were like? Lovely and down to Earth, or a complete cock?

We’ll also have another feature where we reveal some of the nonsense that pass through the lips of ‘so called’ A listers.

The challenges are back this week as well phone pranks and the ‘Good Karma Police’.

Tune in this Thursday, 7-10pm on www.vectisradio.com.

Tonight on the G & Tippers Show, we’re talking all about being under the influence.

We want your tales!

Whether you ended up like the lad above, or the girl below. We want to know what happened! 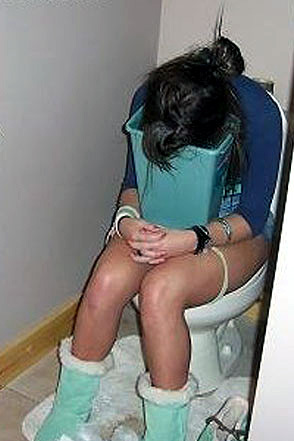 I’m back in the studio tomorrow. Can’t wait to get in and start work on track 4 of my album. We’re three tracks down and the sound is already starting to come out. It’s obviously making it easier when we know what direction we’re going in. It’s different, I’ll let on that much.

The lads at Studio 5a have been great. Claydon worked with me on ‘It Gets Worse At Night’ so knows what I’m all about. And Guy has been awesome and brought forward some wicked ideas and a new approach.

There are some parts of this record that will remind you of early 90s grunge, parts that sound very poppy and other bits that resemble the XX. It’s definitely going to be different. I sincerely hope you’ll like it.

As soon as I’m done with the record, I’ll be straight back on the road across the UK and Europe. I’ll keep you up to date on all progress and hopefully get a few rough clips of the tunes on here as we go.

This weeks G and Tippers theme is ‘Practical jokes’. We’ve all done one and we’ve all been on the receiving end of them. What we want, is the best of the best.

Thursday nights from 7pm on www.vectisradio.com.