Many years ago, I became a musician in a bar called The Royal Squadron, on the Isle of Wight. A legend called Dan Damage gave the kids somewhere to play, and it became a Mecca for Isle of Wight talent, and Isle of Wight pissheads. 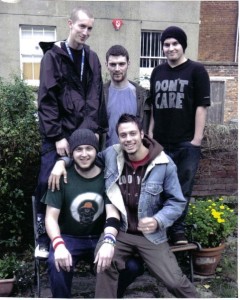 On Wednesday the 21st December, there will be a reunion, with several bands getting back together to perform again for the first time in something like 15 years.

I will be performing an acoustic set, but will also be joining a ‘super band’ to perform a couple of covers that I played all those years ago.

I have to confess that these particular tracks were easier to sing before my balls dropped, but I will give it my best!

If you are Isle of Wight based and fancy a laugh, come along!