I’m feeling in a bargain mood. So, here is a wee bundle of my stuff, at a knock down price. 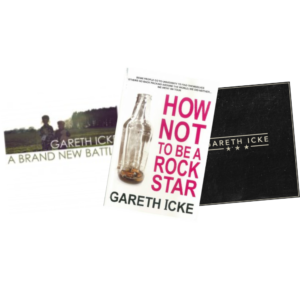 Buy Gareth Icke’s book ‘How Not To Be A Rockstar’ and Gareth’s albums ‘3’ and ‘A Brand New Battle’, for only 10 pounds.

Here is an online offer for both my albums, CD single, and book.

Here is an old Kody song, that our old roadie, Taffy, managed to stumble upon.

My pal Tim has put it up on his Soundcloud account.

It’s obviously rough as it came from a digital camera at a show at West One Four, in London.

We’re probably drunk, so go easy on us!

If you’ve bought the book, How NOT to be a Rockstar, and wondered what Kody sounded like, here you go.

Here is the audio of Todays interview on the Meria Heller Show.

I was strolling through Prague Airport, minding my own business, when I received a message from my big sister. The National Library of Great Britain has requested copies of my book, How NOT to be a Rockstar. 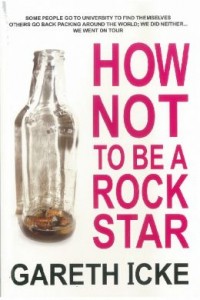 That’s a massive achievement for one, and one that was celebrated with a beer, and a soggy airport sandwich.

You can buy a copy of the book by clicking onto www.garethicke.com/book.

Talking of gigs, I’ll be playing an acoustic show at the Engineers Arms in Henlow, Bedfordshire on Friday. Free entry and awesome beer. Kicks off at 9pm. 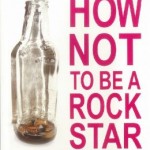 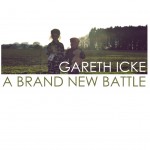 Hope you all had a lovely weekend.

I’m feeling somewhat fragile myself. I fear I’m getting too old for Festivals! The Bestival just about finished me off.

Was great to see Stevie Wonder though. A frighteningly talented gentleman.

I performed myself. It was only one tune before my Dad gave a speech. It was all a bit of a set up with a girl, obviously a plant, climbing onto the stage and spouting nonsense. I hope she spends her 30 peices of silver wisely. I would recommend a less generic ‘punk’ haircut. 🙂

I enjoyed my performance though, and the crowd seemed to get on board. 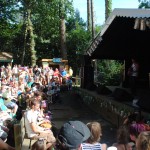 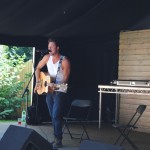 My book was released on Friday, but for some reason, there was some glitch on the postage. Basically it works out the weight automatically, and it was working it out as £6.90. That’s extortionate I know. I’ve managed to sort it now and it’s gone down to £3 odd. That’s what it costs to send so there is no profit in the postage.

If you want to order the book, How NOT to be a Rock Star, click here.

Tonight I’m rehearsing for the first time with the full band. I’ve been doing the acoustic thing for a couple of years now, and can’t wait to get back to making a racket. It’s the reason I started playing. I can’t wait for that.

The album is out on MONDAY!!! Eeeeek! I really hope you like it!  It’s only available on CD. The downloads aren’t available until October. You can’t beat the real thing anyway!!! 🙂

My debut publication ‘How NOT to be a Rock Star’ is available now.

Here is the blurb…

“How NOT to be a Rock Star tells the extraordinary few years of Gareth Icke’s life on the road with his band Kody.
From witnessing murders and being accused of terrorism, to amputation and break ins; this band saw it all, drank it all, and lived to tell the tale.

This insight into the hearts, minds and memories of a young band doing what they do is both eye wateringly funny and ultimately worrying.

Sometimes, stories have to be heard to be believed and trust me, this book is full of them.

I should know, I was there at the time and I still can’t believe some of the stuff we saw!

Sit back, grab yourself a drink, and welcome to our World.”

The book will be available in book stores very soon. Until then, it is available online. Click here to purchase the book.

I just received the first copy of my book. I’m so excited.

It looks great and now I can call myself a published author. How awesome! 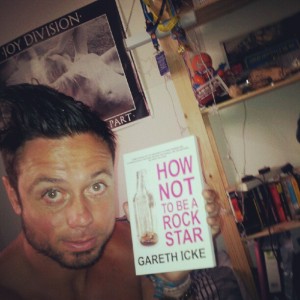 The book will be available very soon. Just waiting for the rest to be sent over from India.

I hope you’re all well. Do I sound excited? I am. Pearl Jam are playing the Isle of Wight Festival today. I’ll be there, slightly drunk, dancing on my one good leg.

I played the Festival yesterday and was lucky enough to have been featured on Sky Arts coverage. I got tweets slagging off my wife beater vest and wellies image. It’s a festival, you’re meant to look like a dick. Aren’t you? 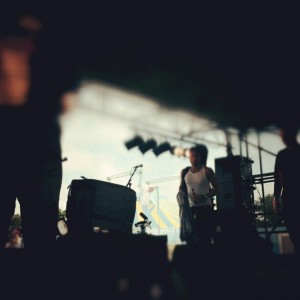 I’m playing the Champagne Zebra Lounge tomorrow afternoon at 4. Then I’ll have to juggle between Bruce Springsteen and England. As much as I love the boss…England will win. 🙂

Yesterday, I met a fella off ‘The Voice’ too. I didn’t know who he was, but he deserved a kiss. 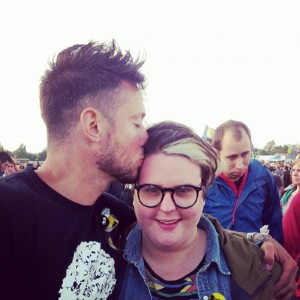 I signed off on the proofs for my book on Thursday. Now they’re off to India to be printed. Gulp!!! I’m very excited. ‘How NOT to be a rockstar’ will be out soon. That will make me a published author. WOW!

I also got the mastered copy of the album. It sounds massive! I’m so happy with it. A Brand New Battle will be available very soon. I hope you like it!!!